Markets and Midterm Elections - A Recent Study Gives Some Answers

Besides dealing with the title of this commentary, we also will look at several issues that concern investors.

Economic and Business Outlook
We move into the remainder of the year on the back of stronger than expected first quarter revenue and earnings results. Despite not benefiting from lowered corporate tax rates, over half of reported revenues still exceeded expectations.
The Atlanta fed’s GDPNow Report shows blue chip economists forecasting G.D.P. growth for the second quarter ranging from 2.5-3.7%. At the same time, the Atlanta Fed’s own G.D.P. forecast stands out at 4.0%.
Overall, the near term economic environment remains favorable for cyclical companies that will benefit from the maturing economic cycle. With that as a favorable background, the question arises as to why equity markets seem to be fluctuating with great volatility but showing little progress. Briefly, we will review some issues that concern investors.

Mid-term Elections-Some Investment Insights
The midterm congressional elections will likely increase the intensity of political dialogue in Washington—if that is possible. What do midterm elections mean for investors? A recent study on the U.S. election cycle titled: Equity Premiums in the Presidential Cycle: The Midterm Election Resolution of Uncertainty gives some interesting answers.
In their study, Professors Chan and Marsh show that investors received higher returns in the winter months following the midterm elections (see figure 1 below) when compared to returns earlier in that year. In fact, the study also suggests higher returns when combined with “sell-in-may” strategies. The study also concludes that similar results do not occur in presidential election years. To quote from the study: “We argue that our findings can be explained in terms of shifts in political uncertainty around the pre-scheduled midterms…….this makes the midterm election as a key event in the four year presidential cycle, and empirical studies have confirmed its importance and the uncertainty attached to it.” Investors can decide how to use the study’s results. 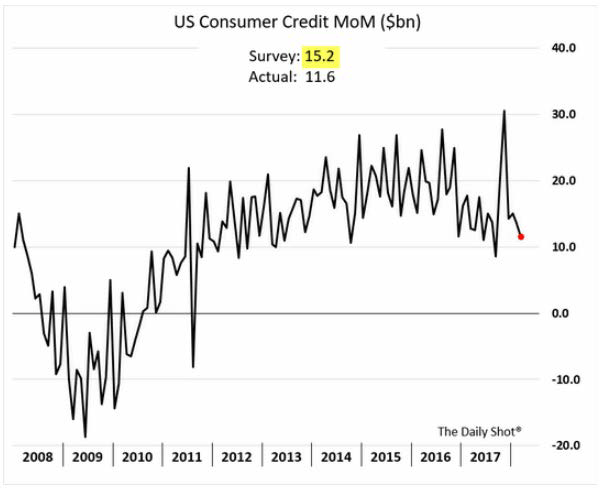 In our view, it seems too early to conclude that consumers will not open their wallets. However, a new variable recently entered the picture. Rising gasoline prices will likely act as a partial “counter-tax” to the benefits of tax reform (see figure 3 below). The summer months should give some answers to this
battle for consumers’ wallets. We still expect high levels of consumer confidence exhibited in recent surveys will ultimately drive greater consumer spending.
With the importance of consumer spending to economic growth, the outcome of this battle will help determine economic growth for the second half. If our cautiously optimistic view proves correct, consumer product and more likely consumer service companies should benefit.

Trade Wars
Impact—Greater Uncertainty
Headlines from the so-called trade wars rile equity markets and for good reason. In a recent article, The Wall Street Journal reported on how wild swings in aluminum prices, admittedly from sanctions not tariffs, created supply problems for buyers and sellers threatening their profits. More importantly, trade
war headlines raise uncertainty for business decision makers. A recent op-ed in The Wall Street Journal pointed out “that economic uncertainty related to trade this March was more than five times as great as the pre-election average for 2016.”

The likely result, if this uncertainty continues for some time, will be reduced capital spending plans. If such reduced capital spending results, the likely offset may see corporations shift spending from new capital plant to greater stock repurchases. This shift would produce higher short-term earnings per share
growth. At the same time, it would also likely penalize longterm profit growth from new, more productive capital plant and equipment.

A Test
An important test of how successful the U.S. approach to revising trade agreements will likely occur from the current NAFTA negotiations. NAFTA represents the world largest free trade agreement—admittedly because of the United States’ participation. For perspective, one-third of U.S. exports go to its
two partners in the agreement—Mexico and Canada.

Timing
While no deadline exists, the Mexican negotiators would like to reach agreement on NAFTA before their July 1 presidential election. At the same time, the U.S. administration would like to fast track the new agreement through Congress before the likely shift of the house to Democratic control next year.

The outcome of these negotiations may also give investors some sense of the administration’s approach to its more difficult and important negotiations with the Chinese government. At this point, there exists little basis for judging the outcomes. This leaves a continuing cloud hanging over the equity markets and ultimately contributing to unexpected volatility.

Investment Conclusions
We remain of the same fundamental view that economic strength will continue through the year. At the same time, less predictable outside events including midterm elections, trade wars, and potential military actions in the Middle East could cause unexpected financial market reactions as the year moves on.

Looking towards the end of the year, we remain concerned that the Fed’s actions to normalize monetary policy may put a potential cap on stock multiples. With this possibility, stocks of companies that can demonstrate earnings growth as the economic cycle moves through its maturing phase should outperform.

With interest rates likely to continue to rise, investors should further shorten the duration of their fixed income investments. With the flattening yield curve, investors give up little income by moving to the shorter end of the curve. At the same time, moving to the shorter end reduces investors’ capital risk if interest rates continue to rise. Using alternative investments also helps deal with these uncertainties.

Finally, could it be possible that the recent lack of strong direction in the equity market reflects the conclusion in the midterm election study we cited earlier in our commentary. Time will tell whether the investment recommendations of stock market sages and this study to “sell in May and go away” will prove to be good advice.